Now automated parking could help L.A.’s air quality and more
Posted on March 12, 2013 by Rachel Aragon With the development of one fully-automated parking facility in Sherman Oaks under his belt, AUTOParkit™ executive Christopher Alan tells us how his plan to revolutionize the way Angelenos park is shifting into high gear

It’s 100% automated valet. You pull into a garage. There, a television screen shows you pulling in and directs you into a loading bay. Once you are in the proper position it instructs you to shut off and exit your car. You then walk over to the HID (Human Interface Device) card reader where you “check in” electronically and answer questions like “did you leave a pet in the car?” or “did you close your doors?” Then you’re done. The system will go ahead and scan the loading bay to make sure you did not leave anyone in the car or leave any doors open. It will also turn your car 180 degrees so that when you retrieve the car you never have to reverse. The system will park your car in a stall that no one has access to.

Once you’re ready to leave, how long does it take for the system to retrieve your car?

Anywhere from 40-120 seconds but that is without early retrieval. Let’s say you live on the 4th floor of your apartment building. There is a little HID reader outside your complex or on your iPhone, so while you are waiting for the elevator it is retrieving your car. By the time you get down from the elevator your car is either there or almost there with no more than a 10 second wait.

How did you come up with this idea?

Necessity is the mother of all inventions. I am a developer. I flew all the way to New Zealand to look at structures and talk to developers, and nobody had an acceptable solution for me. Like often in life, the best solution is your own solution, and so I went ahead and put together AUTOParkit™ with other developers.

I liken it to ATMs. How many people wanted to deposit their checks in an ATM in the beginning? No one goes to the bank to get $300 in cash now. People go to ATMs, right? It’s the same with automated parking. There is
certainly an acceptance curve. Younger people who are tech-savvy expect technology to make their lives better. They love it. They see all the advantages to it. Older people are much more concerned because they did not grow up with technology.

In addition to being hassle free, you say automated parking is good for the environment. How?

You don’t just save on gasoline but also on emissions. You are looking at 40-60% savings on emissions either removed or not escaping in the surrounding communities because the cars aren’t running, so the air quality around AUTOParkit™
is significantly better than the air quality surrounding a traditional parking structure. Additionally, because we don’t have to take those fumes out of the garage, we don’t need the mechanical ventilation that is required in traditional parking structures. With lights and ventilation, traditional parking structures run electricity 24 hours a day. All of that energy consumption is eliminated with Auto Parkit, although we still use electricity to power the system motors and lifts. For this application we use electricity instead of hydraulics because electric motors have predictable operational characteristics. Meaning we can predict a failure before it happens. When you can predict a failure, you can predict when you’ll need maintenance and you can schedule it accordingly.

How expensive are these automated parking systems to install?

Anywhere from $18,000-23,000. Other companies are significantly more expensive. AUTOParkit™ is the only automated parking system that is competitive with traditional parking systems. There is no reason not to use it. In
traditional parking structures, someone rams into your car or you leave your purse in the car and someone breaks a window. Eighteen percent of insurance claims happen in parking structures. Forty-two percent of sexual assaults (excluding those by someone you know, meaning a family member or friend) happen in parking structures. Well, not in Auto Parkit parking structures; there are no accidents. You are going to see these populate the U.S. over the next ten years and as people start to use them they will demand that automated parking systems become the norm. Depending on the size of the structure, it generally takes 4-6 months to install a system.

My clients are mostly developers, and they are looking at one thing: density. If you can only park 50 cars than you can only build about 50 units. Well, if you can park 100 cars you can double your profit. I can put
100 cars in half the space. We can do what cities really want to do, which is create density where it makes sense. We can help cities, especially cities like Los Angeles, achieve this goal by creating dense parking in the areas that they want so they can save other land for green spaces.

Where will we see AUTOParkit™ next? 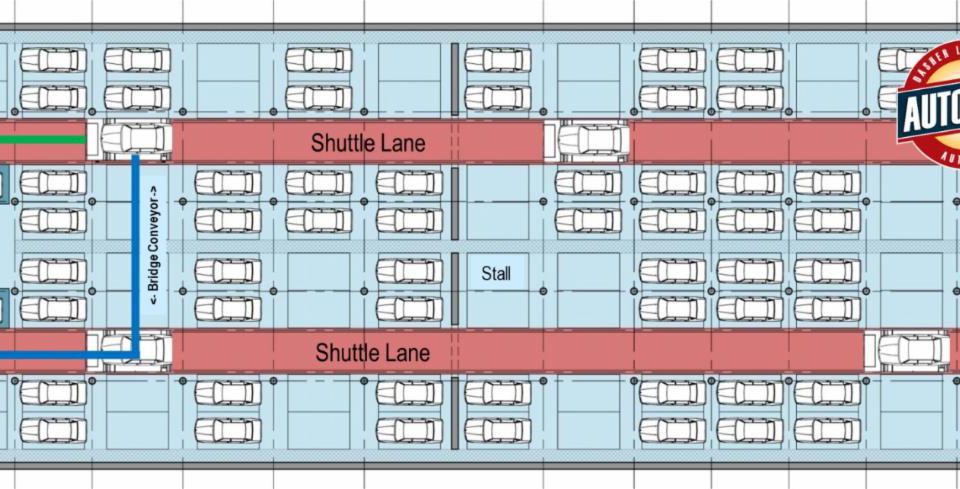 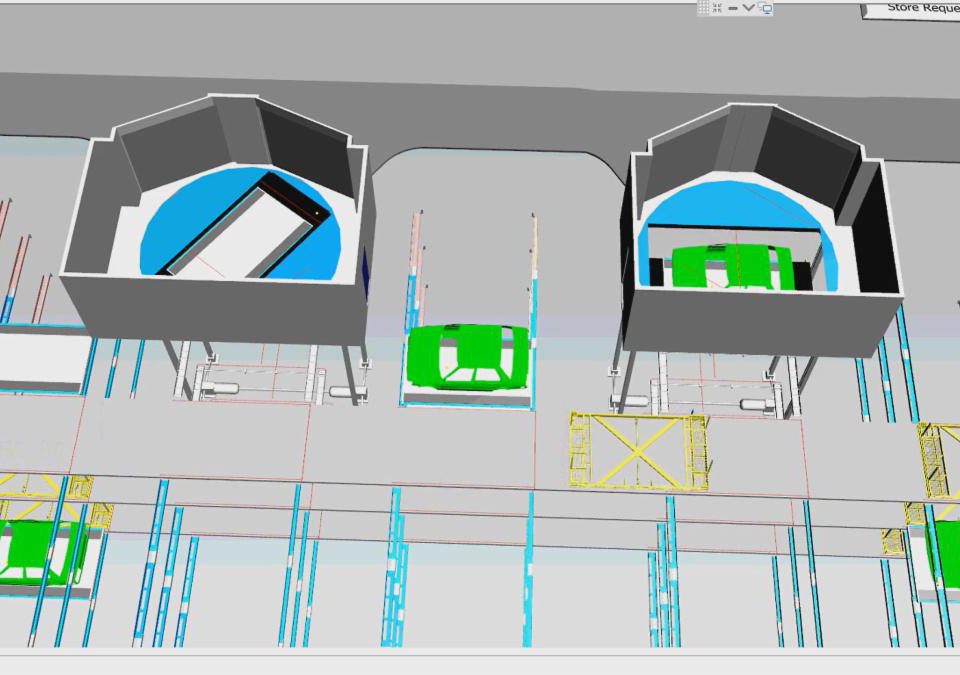 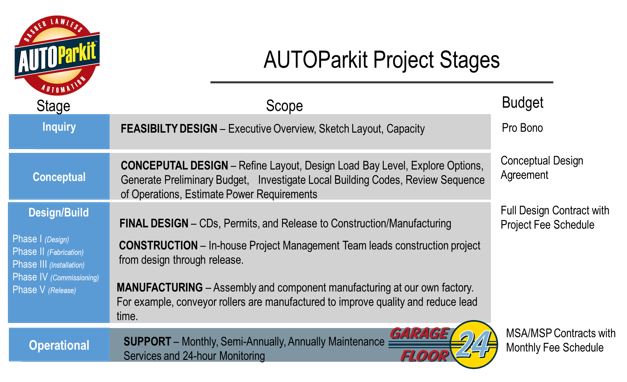