WARREN — The developer working to bring an automatic parking manufacturing facility to Warren expects to finalize terms of the purchase of the former Delphi property on Dana Street in coming weeks.

“We are hoping to have the final outline for the purchase of the property,” Christopher Alan, owner of Auto ParkIt, said Monday. “This has taken longer than we expected.”

Meanwhile, Alan also purchased another 11 acres elsewhere in northeast Ohio to use as his backup plan if an agreement can’t be reached on the Delphi property. The location of the alternate property has not been released, but it is said to hold a factory and rail line. Alan was adamant that the purchase should not imply he does not intend to build on the Warren property.

“If we get this done, the new property will be used for expansion,” he said.

“It was eye opening to actually see it working,” Franklin said upon his return to Warren. “We were given an extensive tour of the facility. He (Chris Alan) announced to the media and the other officials that he intends to begin building the systems in Warren.”

Moliterno said he now understands why larger metropolitan areas like Chicago, New York, Atlanta and others would use the technology for parking structures.

“Although the building is on a small area footprint, it houses up to 250 vehicles,” Moliterno said.

Moliterno is optimistic that once the manufacturing facility is opened in Warren, it will be in the area for many years because of business opportunities Auto ParkIt already has for building the parking systems.

Also attending the grand opening were several local vendors, including Bloom Industries and Flex Strut, Franklin said. Mark Marvin, another Warren native who has returned to the area to make investments, also was at the grand opening.

The Western Reserve Port Authority footed the bill for Franklin’s trip to California.

“We felt it was important for the mayor of Warren to see the facility,” Moliterno said.

“Joseph is expected to be bringing jobs to the Mahoning Valley that Warren residents will be able to obtain,” Franklin said. “Anything that is good for the Valley is good for Warren.”

For Alan, last weekend’s event was a success.

“It is very important to me that government officials understand the potential impact of bringing this multi-billion dollar industry to Warren and the state of Ohio,” Alan said. 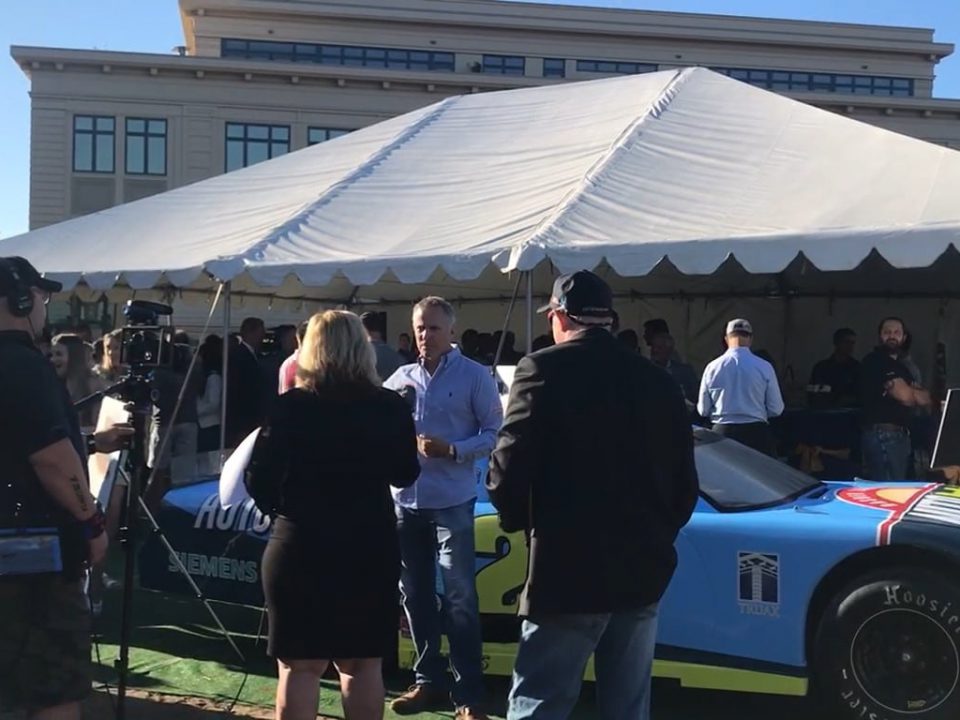