AUTOParkit at The Press/321 Nears Completion 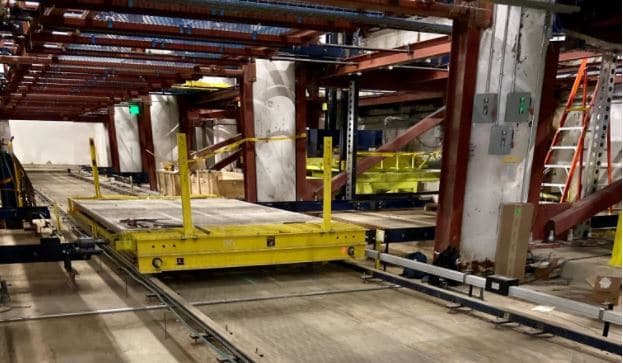 AUTOParkit at The Press/321 Nears Completion

Now referred to as the Press/321 the former Detroit Free Press Building is now home to an AUTOParkit System an autonomous parking system. The project is in its final stage of completion: commissioning. It is when the brawn (mechanical and industrial electrical controls) is linked to the brains (machine control software, SCADA, machine safety systems, IoT) of the system.

“It is an exciting time”, claimed Josh Witthun, VP of Engineering for Dasher Lawless. “You see the [AUTOParkit] system on your screen for a long time, so when it is finally installed in the field it is an immediate reminder of all the design decisions made along the way.”

It is all hands on deck.

With so much activity one could walk away with the impression that it is organized chaos. The reality is that each discipline has a methodical process that is followed. The mechanical provides the foundation and strength of the system. On top of that is the industrial controls and motors that provide the energy. To safely control that energy is the software. Combining all of the various disciplines ensures that AUTOParkit can reliably deliver vehicles every day.

Control Room Holds the “Brains” of the AUTOParkit System

Load Bay is Being Wired for Sensor, Cameras, Touch Screen