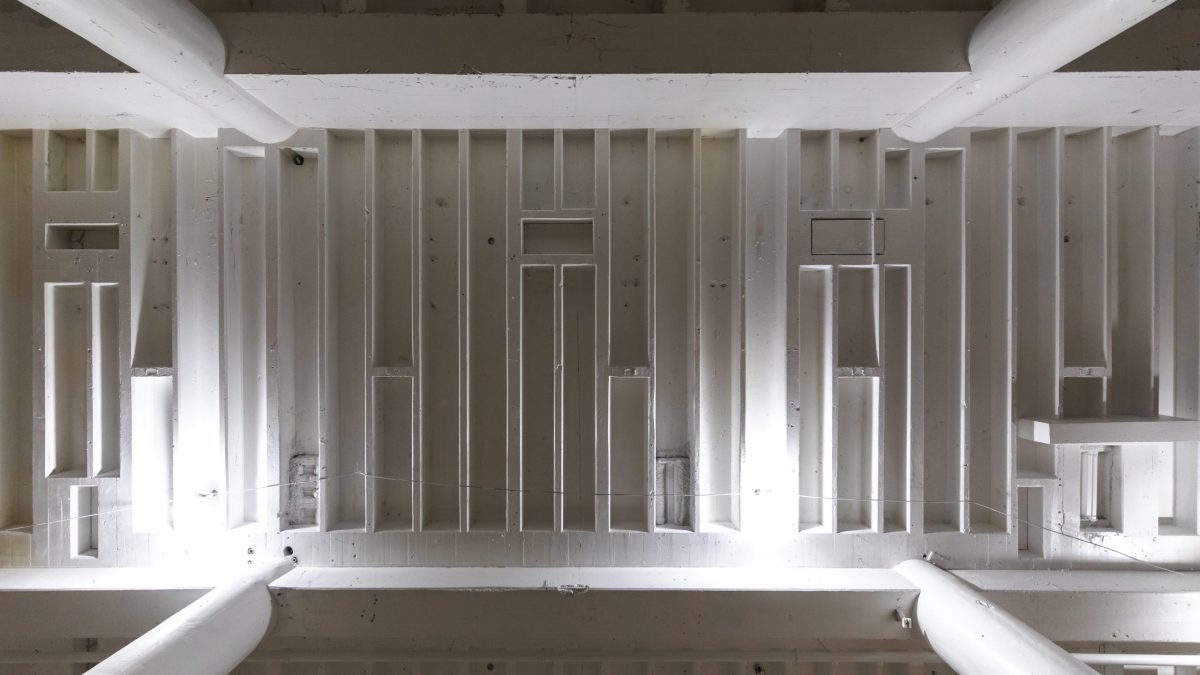 As renovations are being completed at the historic Detroit Free Press Building, a state-of-the art feature is being built in the basement – a fully automated parking structure.

Bedrock, which owns the building at 321 Lafayette, announced Tuesday that Los Angeles-based Dasher Lawless Automation is constructing the parking structure system, called AUTOParkit. When it opens during the second half of 2021 it will be the first of its kind in the Midwest, company officials say.

“What we’ve accomplished is provide kind of a valet service without the valet,” said Shawn Adams, vice president of sales and marketing for AUTOParkit, which has about 60 projects underway, mostly in the Los Angeles area.

In the Free Press building, the AUTOParkit system will autonomously park vehicles in 105 stalls and retrieve them in 40 to 180 seconds. The parking structure will be used by residents and commercial tenants of the building.

Because of the basement’s depth and layout, traditional underground parking would have allowed for few spaces, said Kevin Bopp, vice president for parking and mobility at Bedrock.

Designed by Dasher Lawless Automation, the AUTOParkit system will automatically park and retrieve vehicles from the basement of the Free Press Building. The space formally held printing presses. (Photo: Bedrock)

“You’ve got something that’s really deep and wide because of where the printing presses sat and when we did all of our layouts, the idea of having parking on site for residents or office users was virtually impossible….,” he said. “This allowed us to create really safe, secure, sophisticated parking on site without chewing up real estate in close adjacency for the use.”

Company officials are expected to discuss the concept Tuesday during a talk for the virtual Detroit Startup Week.

Here’s how the concept works:

When a vehicle pulls up to the AUTOParkit system, the driver is directed to an available entrance. The garage door opens allowing the driver to enter. A monitor, sensors and cameras guide the driver to pull the vehicle onto a pallet inside the load bay.

The system will direct the driver to turn off the vehicle and then exit. The driver walks to a touch screen to identify themselves with a tap of their key fob and to verify that the vehicles doors are shut and that there are no passengers or pets insides. When the driver leaves the load bay, the system lifts and stores the vehicle on a rack.

The automated parking system not only allows for more vehicles to occupy the garage, it’s a time saver, Adams said.

“We can deliver a car within 180 seconds which improves the overall user experience,” he said adding that a driver’s wait time for their vehicle can also be shortened by requesting the vehicle while on the way to the lobby. Bopp added that the system can also move vehicles closer to the load bay based on a driver’s usual arrival and departure times.

The garage will have six spaces for electric vehicle charging to start. After vehicles have charged, they are automatically moved within the structure.

The parking structure project comes as Bedrock finishes up a $75 million renovation on the long-vacant Art Deco building from 1925.

Bedrock purchased the building in 2016. It was home to the Detroit Free Press from 1925 to 1998. It had been empty since the newspaper moved out in 1998. Plans for the building call for 100 residential units as well as office and retail space.

The basement of the Free Press building (Photo: Bedrock)

Bedrock officials say they will begin pre-leasing later this summer for the restaurant and retail spaces on the lower level and office space on the second and third levels. Bedrock declined to reveal commercial or residential tenant information.