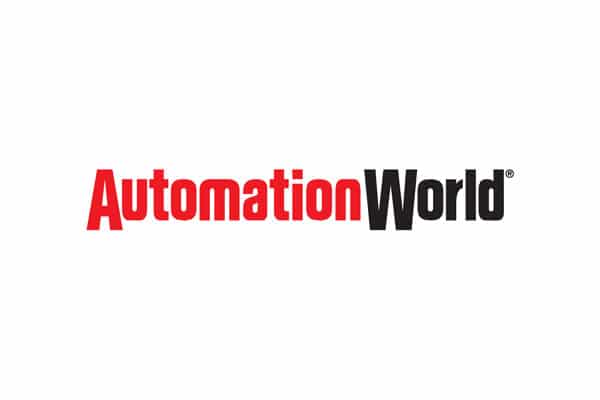 Today, municipalities are focusing on smart urban in-fill and redevelopment projects, so builders must look for new ways to provide sufficient parking. The challenges of developing urban environments are numerous and often idiosyncratic, but adequate parking is always an issue. The limitations inherent in traditional parking structures often result in extremely inefficient parking with excessively high construction costs and little or no return on investment.

Parking in dense, urban environments will never be the same since Omron Automation & Safety and AUTOParkit™ teamed up to create a revolutionary, new automated parking garage concept launching in the United States in May. Here’s how the companies teamed up to make it happen.

Today, municipalities are focusing on smart urban in-fill and redevelopment projects, so builders must look for new ways to provide sufficient parking. The challenges of developing urban environments are numerous and often idiosyncratic, but adequate parking is always an issue. The limitations inherent in traditional parking structures often result in extremely inefficient parking with excessively high construction costs and little or no return on investment. In many municipalities, the issue of parking is compounded by the lack of connected public transportation. Planning departments have spent the last decade mandating limits on parking in urban areas to encourage the use of public transportation and effective urban land utilization. The strategy has yet to prove successful, and in many cases has resulted in developments that are woefully lacking in parking.

As founder and president of Los Angeles, Calif.-based Dasher/Lawless, a leader in retail, commercial, and residential development in Southern California and across the United States, Christopher Alan faced the parking dilemma on a regular basis. When he could not find a vendor to meet the need for the integrated parking he envisioned as the solution, Alan took the bull by the horns and set up AUTOParkit™.

Not an Ordinary Project

“This is the most exciting project I’ve worked on in the last ten years,” says Gene Cheadle, Omron account manager for AUTOParkit™. “Its scope and potential impact are very far reaching.” Automated parking garages are nothing new; they have them in Europe and Asia, typically Ferris-wheel type designs or existing parking structures retrofitted to achieve some degree of automation. But what is new is how AUTOParkit™ is integrated into an overall development via its unique design concept. “It’s basically a large-scale pick-and-place machine that puts away cars in parking cells,” says Cheadle.

“The AUTOParkit™ reduces the carbon footprint substantially when compared to traditional parking,” says Cheadle. “Typically, if you don’t like a traditional garage, you have to destroy the concrete and do something with the crushed rubble. However, the AUTOParkit™ automated garage can be disassembled and reassembled in a completely different configuration elsewhere. Or you can break it down and use the scrap for other purposes. So it’s virtually biodegradable; it’s an easy-to-use, configurable, environmentally friendly product.” According to Cheadle, about $25 million in projects are already on the whiteboard, and the pilot project is just launching in May.

Alan says that AUTOParkit™ met with a host of automation providers before deciding to work with Omron. The initial contact between Omron and AUTOParkit™ occurred almost four years ago, when the concept wasn’t far removed from the “napkin stage.” “We were looking for a partner who understood that this was potentially a huge market, and that we were on the cusp of this market; in fact, we were developing it,” says Alan. “From the meetings we had with the president of Omron, it was apparent that they had the bigger picture and long-term perspective in mind. They recognized the market potential, and they were going to be a team player.”

Alan also found Omron’s worldwide presence an important factor. While AUTOParkit™ is based in Los Angeles and focused on the U.S. market, they already have groups in seven different countries that want to partner with them.

“What AUTOParkit™ really needed was someone to own the control system,” says Cheadle. “They believed our support was much more intact than our competitors, and they liked that we sat down and listened to what they wanted, then incorporated our controls into their design concept. We took their wants, needs, and desires, and-with our engineering strength-made the concept into not only a viable product, but a superior one.”

Because of Omron’s philosophical approach (focus on the big picture, understanding of what it means to be a good team player) and technological expertise, Omron emerged as what Alan calls “the clear choice.”

The Proof Is in the Parking-and the Experience

According to Cheadle, Omron’s products provide the ability to control every aspect of the system, making sure it is easy to use. The principal products used are CJ2 PLCs and NS-Series operator interface terminals. Even vehicle tracking with Omron Radio Frequency Identification is directly controlled and fully integrated into the PLCs. These controls allow for easy programming of the system that can be changed as needed.

“These components provide sophisticated, coordinated motion to assure that cars don’t contact each other while moving through the system,” explains Cheadle. “We’ve got sensing devices throughout, but it all comes back to the speed and integrity of the PLC-its ability to look at all functions, work in a very quick and easy manner with all the other products, and provide a safe environment for the car that is easy to access for the consumer.”

Alan says that the experience with Omron in building this pilot has confirmed his decision that they were the right company to work with. “They have done everything we’ve asked them to do and more,” he says. “They’ve been very responsive. We’ve never been put on a back burner because they had another project that needed to be done. They’ve never said “no”; that is a huge thing in the business world. Companies that are committed to problem solving and can come up with solutions-and doing it as part of a team effort-is as good as it gets.”

Alan cites Omron’s software design as another important factor for AUTOParkit™. “As a new company, we don’t want to install systems that we won’t be able to support in five or six years because the software has moved on,” he explains. “That’s not going to be a problem with Omron. The way they design and program ensures that the system will never have to be completely redone, because they will always be able to support the initial system. That’s huge for us.”

Omron’s experience in meeting application demands where security is a central issue (e.g., in penitentiaries) was also compelling to AUTOParkit™. “The security of the vehicle and the need to keep elements out of the system that could damage it are critical factors,” Alan continues. “You can’t have a parking system that goes down, because then people can’t get their cars in or out. Therefore, they can’t do business. It’s much larger than just parking a car-it’s the commerce that goes along with the people who park their cars.”

“Omron brings a depth of knowledge and experience with engineers who provide comprehensive solutions for every project that comes to us,” Alan also notes. “Because each AUTOParkit™ project is unique, this is an extremely valuable capability.”

According to Alan, the final critical piece is integration. AUTOParkit™ is not just building parking structures; they’re building ones that are integral parts of larger buildings: office, mixed-use, retail, and residential. These buildings have intelligent systems (e.g., for security, elevators, locking systems for doors) that Omron can integrate their technology into to provide building-wide solutions, not just the parking system solution.

“There aren’t many companies that have that capacity,” concludes Alan.